What All Can You Build With Python! 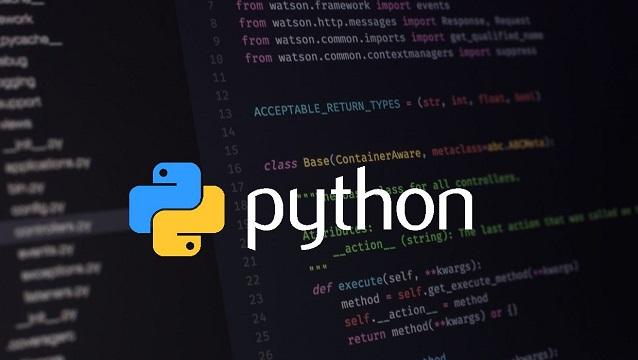 Python is among the fastest-growing programming languages globally, and it will continue to grow even faster. Moreover, it is recognized as a universal, versatile, stable, and easy to learn language.

And as a distinguished programming language, it is very popular with developers, and many top-tier companies bet on it too. Software development using Python is so adaptable that people from various disciplines use it for a wide range of tasks, such as data analysis, machine learning, artificial intelligence, automation, and more. Using Python, we can build outstanding web, mobile, desktop applications. It is the go-to technology in the most profitable and dynamic industries.

This article will cover multiple domains to show you precisely what you can do with Python and how it can turn out to be a suitable choice for your next app development project.

Firstly, let us understand what Python is. We know it is a programming language that is for general-purpose coding. So unlike other languages like HTML, CSS, and JavaScript, it can be used in many ways, like for backend development, software development, data science, and writing system scripts (automation). In fact, many businesses prefer going for software development using Python because of its multiple benefits and the quality of software developed.

Python is very versatile in terms of functionality and can be used for web scraping and scripting and writing algorithms and data structures. It is often used in projects involving data visualization, automation, artificial intelligence, and data analysis. Compared to other languages, Python has a clean syntax and is popular with software developers.Python is very popular because it has many open-source Python libraries, including scikit-learn, pandas, SciPy, Matplotlib, NumPy, and frameworks, including Flask and Django.

This programming language is used for many development projects, including:

As we have mentioned above, Python is a very easy language to code and read, and it is well-known for developing quickly with less coding. Python also integrates well with other languages. These advantages are a catalyst for the growth of a vibrant community.

When you go for software development using Python, you get to use the best of technologies available and get to interact with and reach out to some of the best engineers in the world.

Python has very good support for web development with its frameworks like Django, Flask, and many more. For example, the Django framework makes Python software and web development smooth, just as used in Instagram.

It builds server-side web applications and can be integrated with any frontend. Most of the time, developers use JavaScript in the frontend and Python for supporting server-side operations. It is not used directly in browsers.

However, having said that, Python is an interpreted language that can perform slower than other popular technologies. It is also not recommended for multi-threading. That's why at Zazz, we often use multiprocessing programs instead of multithreaded ones.

For some time, there has been an increasing amount of audio/video content used on the web, and Python helps analyze it. Moreover, it comes with some insightful libraries like Librosa and pyAudioAnalysis, which automatically analyze audio content, and Livestream makes it possible to stream videos on one or multiple sites simultaneously. Software development using python is the most proficient way to maximize your consumer reach.

Python is not very well-known as a game development language, but it has made some great games in the past; for example, Battlefield 2 is built using Python, Disney's Pirates of the Caribbean was written using Python coding platform.

There are many good tools and libraries available for game development that help in quick creation as well as are great for rapid game prototyping.

Python's Panda3D engine is valuable for 3D game development, and it is utterly efficient and provides high-performing games. Some of its outstanding building tools simplify many games development tasks. As the best Python software development company, we have built many excellent games using python coding platforms. Although not everyone knows the versatility of Python, we have used it to create some outstanding games.

Apart from the above advantages, Python is also very good for developing system administration applications. It helps in easy connection to your operating system with its 'OS module.' Easy accessibility helps inefficient reading and writing of the file system, and thankfully, many databases and applications have connectors inserted in them already. Hence, you only have to import the correct one using the Python coding platform.

Machine learning means using data to make machines' intelligent decisions; it typically implements an algorithm that automatically detects a pattern in the given input. We all know that Data is the big player today. It is everywhere, it's large, raw and complicated. And Python has a great number of machine learning libraries available for free, like pandas or scikit, which deal with it very quickly and efficiently.

If you're just getting started with a machine learning project, we recommend hiring the best-in-class developers from Zazz; we are the leading software development company in the USA that utilizes Python to its core potential.

Engineers nowadays want to do smart work, and that is why instead of making everything from scratch, they automate it.

And Python comes with many things that you can automate by adding just 4-5 lines of code. Many complex tasks can be performed with a couple of lines in Python.

There are some awesome scripts and packages including, files deletion, HTTP/2 test, and more.

Zazz has some of the most highly skilled developers who build excellent digital products using Python coding platforms.

Everything mentioned above states that Python is one of the most sought-after programming languages that comes with many advantages. You can find a library for basically anything you could imagine. Python adds versatility, ease of use, and flexibility to your digital products. What more can you ask for!

Development is fast with Python, so it saves both money and time. There are plenty of reasons to choose Zazz for application development and your enterprise software using Python. To know more, get in touch with us today!

Sponsored
https://amzn.to/2WvRTSK https://amzn.to/3jp9Lrv https://amzn.to/3sRZdV3 https://amzn.to/3kAclu0 https://amzn.to/3kAcfTa https://amzn.to/3gGb9UW https://amzn.to/2Wyh5Iz https://amzn.to/3jjWeBr
Categories
Read More
Other
Fix QuickBooks unable to send usage data error?
Stumbled to fix QuickBooks unable to send usage data error? Reasons:  Accountant’s...
By Philips Smith 2021-07-01 12:01:29 0 49
Other
Glyphosate Market Share Size, Sales volume, Analysis Growth by 2028
Global Glyphosate Market: Overview The fertility of the soil largely depends on the weed...
By Aparna Panse 2021-09-28 10:50:21 0 24
Art
What are solar maintenance and its benefits?
A strong decision can make everything easier for you in the world. This is the case with the...
By Peter Powell 2021-01-04 10:48:08 0 105
Other
Functional And Stylish Granite For Kitchen And Bathroom
Universal Granite & Marble imports the highest quality and very affordable natural and...
By Raja Kumar 2021-01-05 12:40:25 0 111
Other
Switchgear Monitoring System Market Research Report
Global Switchgear Monitoring System Market The GMI Research forecasts that the Switchgear...
By GMI Research 2021-08-07 12:28:32 0 36