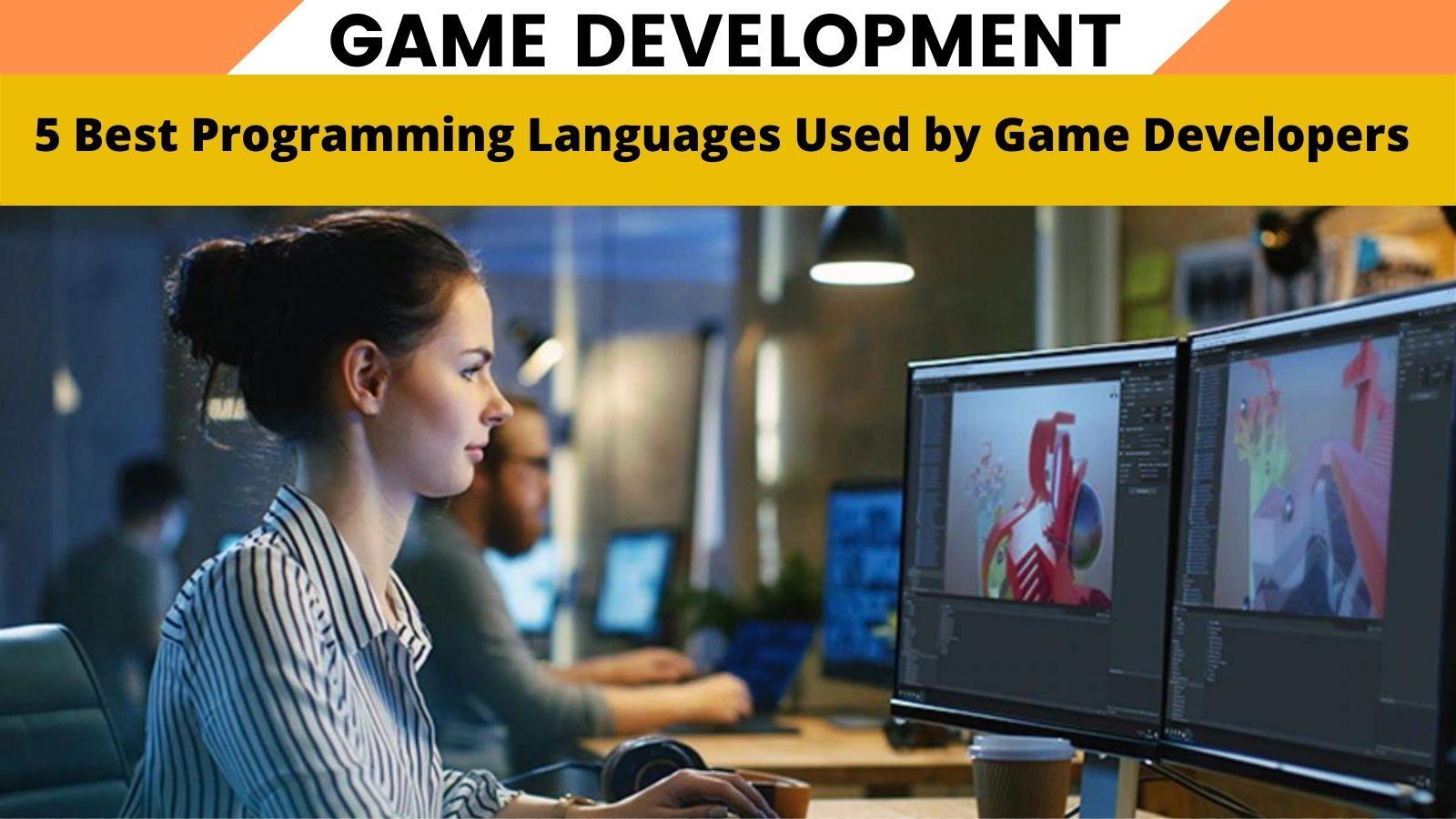 Do you like playing games? Running and chasing others, being caught by the cops, firing, and fighting till your last breath. What do you visualize whenever you hear about a game? You're standing in the game with your guns expecting to kill every other character of the game and win the game, right?

If yes then it indicates that you love playing games and love the industry. With the growing trend of technology and its development according to the reports, the gaming industry has been growing swiftly in India as well as abroad. The consumption of screen time has increased a lot from 6/7 hours to 12/14 hours being doubled along with the sudden increase in the industry from Rs 76 Billion to an expected value of Rs 155 billion by 2023.

Game development is creative work that needs technical proficiency along with experienced and skillful programmers who use different programming languages to develop the game. In the wide-ranged field of game development, a programmer is the one who creates the code and makes it run. Programming languages are an integral part of game, and software development which helps develop the game and is responsible for our experience and interaction with the gaming platforms.

Java: Java is considered one of the widely used programming languages that are universally compatible and incredibly versatile. The rich collection of open-source material and versatility of java provides a comprehensive OOP framework that helps write clean and reusable system-agnostic code used for the development of indie and mobile games. For instance, games like Mission Impossible III, FIFA 11, World track, and others have been created using the Java programming language.

C#: C# also pronounced as C sharp is the programming language released by Microsoft in 2000. It is one of the well-known programming languages used to develop a variety of games and gaming engines like Unity 3D and Xamarin helps developers build games on different platforms like iOS, Android, Playstation, Xbox, and Windows, etc.

C++: Considered one of the most difficult languages to learn C++ is an object-oriented programming language used by game developers. C++ provides direct control on hardware, graphic advancement and provides the flexibility of parameter and memory management. This programming language is used to develop big console and Windows games like Counter-strike, Starcraft, Football Pro, etc.

Bonus Read... Custom Web Development and Its Benefits For a Business

JavaScript: Referred to as the cornerstones of web development services the programming language JavaScript was launched in 1995. It is used to develop interactive online games and is easier to integrate HTML and CSS. It helps develop games that are cross-platform and helps build animation and interactivity. For instance, games like Little Alchemy, Hangman, and others are developed using JavaScript programming language.