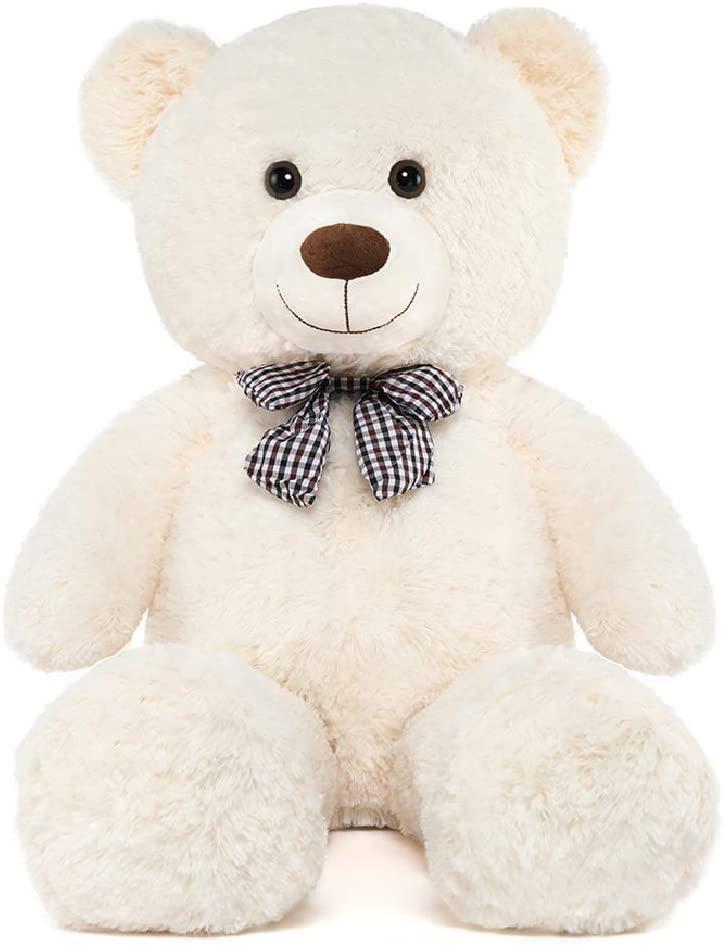 Collecting teddy bears is a really great hobby. It often starts with your childhood teddy bear since many people find it hard to part with their "friend". They will keep it around for years and this makes a pretty good starting point for a collection of teddies.

Whether you collect expensive and hard-to-find antique bears or modern bears, you will derive great enjoyment from the search.

If you don't know much about old teddy bears, you can certainly buy a book or reference guide to help you. There are plenty of books available which will provide you with the necessary information about the most popular and collectible bears.

If you enjoy going to auctions, thrift shops, garage sales, and flea markets you have a great source for teddy bears. You can find both antique and modern collectible bears for your collection. You can even look for some online teddy bear auctions too.

If you know a bit about teddy bears you can try following online auctions. Auctions are one of the best ways to find scarcer teddy bears. Your online search will obviously be a lot easier if you learn the names or kinds of teddy bears that are most collectible.

Collecting rare and valuable teddy bears definitely requires more knowledge. For this reason, I would suggest researching the various types of bears and how you can identify them. You must know what to look for to identify a good collectible teddy bear. This knowledge will help you to build a really valuable collection of old bears.

Teddy bear collecting is a hobby that can be enjoyed by anyone. When you are out searching or browsing online for a teddy bear it will help immensely if you have researched the history of the manufacturers. Knowledge is the most important thing in collecting antiques. Bears are certainly no exception to this rule.

Most people are surprised to learn the history of teddy bears. The first teddy bears were produced in the year 1902. The story of American President Teddy Roosevelt and his bear hunt is very well known so I will not repeat it here. The Teddy bear was of course named after Teddy Roosevelt. In that same year, the Steiff company in Germany produced a toy bear. Steiff bears, especially the early ones are among the most valuable bears for collectors.

Other well-known manufacturers of collectible bears in the USA and England include Ideal, Merrythought, Chad Valley, Chiltern, Farnell, and Hermann. If you are lucky enough to find an old bear by any of these makers it is very collectible.

In 1847 in a small town in Giengen, Germany a baby girl was born. She was named Margaret Steiff. Her childhood vigor was cut short when she contracted polio at the age of 2. Although confined to a wheelchair for the rest of her life, she became a model for strength and determination.

Margaret excelled in sewing and needlework and became the proud owner of the first sewing machine in Gegen. In 1879, she started her dressmaking business. Her dresses, coats, and other clothing products were quickly in demand. In December of that year, she came across a pattern for a toy elephant in a magazine. She made these as gifts for her family and close friends. Margaret used her expertise to develop other animal patterns and 1883 added them to her price list as a range of felt items. Her business continued to grow and in 1892 she began making soft-filled bears, which would later be referred to as Teddy Bears. These bears resembled real bears, posing on all four paws with humped backs.

Richard Steiff, Margaret's nephew, helped his aunt with the design and production of her teddy bears and soft-filled animals. An avid art student, he was a regular visitor of the Stuttgart Zoo where he got ideas for animal designs. While touring America, Richard was inspired by a new design during a circus performance. The dancing bears gave him the idea of designing a toy bear that stood upright and was jointed, similar to how dolls were made.

By 1902 the inspiration was reality and Margaret was producing a jointed soft-filled teddy bear with mohair plush fur and glass eyes. They were the first jointed teddy bears produced.

In 1903 Richard displayed the new bears at the Leipzig Toy Fair. Unfortunately, they didn't generate much interest in the Europeans. As Richard was packing up his display at the end of the fair, American Hermann Berg chanced by his booth. Berg was a buyer for the New York firm Geo Borgfeldt and Company. At about this time in America the story of Theodore Roosevelt's 'Teddy's Bear' was becoming popular. Berg placed an order for 3,000 bears.

By 1904 the Steiff teddy bear had become an American success. They were awarded various accolades including the prestigious Grand Prix award. In total 12,000 bears were sold by the end of 1904 with the trademark button in the left ear.

Publicity from Roosevelt's adventure helped place teddy bears in the hearts of Americans where they remain today. The world record price for an antique bear was made at a December 1994 auction. The winning bid was $176,000.00 for a 1905 Steiff bear. Steiff teddy bears continue to leave their marks today in the hearts of collectors and teddy bear lovers alike.