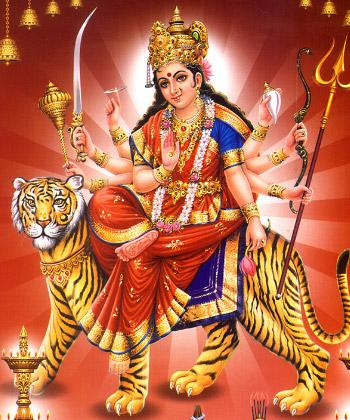 Goddess Parvati is worshipped in various forms by Hindus. Amongst her forms, Durga is one of the popular and important.

Hindus all over India worship Durga and her worship is very popular in West Bengal, and Tripura.

Durga worship also exists in Tamil Nadu to a significant extent. Though individual Durga temples are rarely found most of the Shiva and Vishnu temples have small shrines for Durga.

The Durga in Vishnu temples are known as Vishnu Durgai and the Durga in Shiva temples are referred as Shiva Durgai. In some temples, the rare form of Brahma Durgai is also found.

Worshipping Durga during Rahu Kaalam is very auspicious. She is the Athi Devata of planet Rahu and safeguards the people from the malefic effects of Rahu. People throng Durga temples and shrines in large numbers during Tuesdays, Fridays and Sundays.

Tamil Nadu is a land of temples. There are so many temples dedicated for Shiva, Vishnu, Ganesha, Goddess Sakthi and Murugan. Below are some of the important Durga temples of tamil Nadu. The list includes both old and new temples.