How Augmented Reality Is Taking Over The World 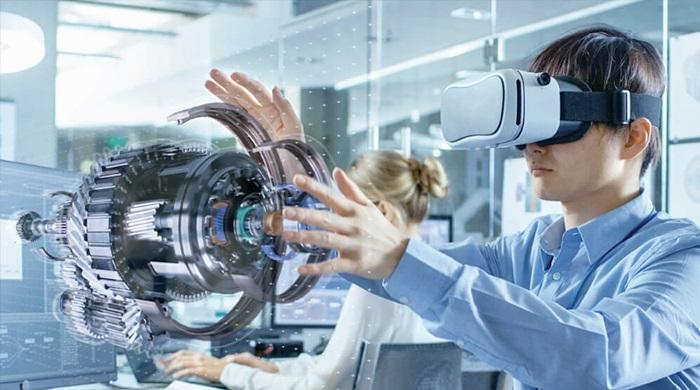 Augmented reality has exploded onto the scene in recent years, and its popularity has no sign of slowing down any time soon. It’s not difficult to see why. Virtual reality allows us to transport ourselves to another world where we can immerse ourselves fully in new experiences, but augmented reality enables us to change our everyday world without leaving our current environment. How will this affect different industries in 2022? Find out here!

Schools and universities around the world have begun to incorporate augmented reality into their curriculums. In a survey, 58% of teachers said they believe that augmented reality tools like virtual whiteboards will help them improve teaching outcomes. Students appear to agree. A majority of students surveyed say that AR is useful for making subjects more relevant, better preparing them for college, and increasing their engagement with schoolwork.

Gaming with AR technology can be a marvelous experience. When you’re lost and confused, a GPS map may not help as much as simply being able to visualize where you need to go—even if it’s just through your smartphone screen. And once developers create more advanced games using augmented reality, they’ll likely become so engrossing that players won’t want to stop! In fact, some gamers will want their entire environment transformed into one they can use while gaming.

Many companies are investigating how to implement augmented reality into their manufacturing process. In a recent survey, manufacturers reported that more than two-thirds of their workforce is actively engaged with AR, while nearly all respondents are extremely or very interested in having AR systems at work.

In some cases, manufacturers are using AR to prevent mistakes. For example, GE used AR in their aviation parts manufacturing facility to train new technicians on how to assemble and fix parts without exposing them to potentially dangerous situations. Using an AR system, GE is able to train employees at a faster rate and with fewer injuries than training through live practice.

To enable augmented reality hardware development faster: Manufacturers also reported that they would like augmented reality systems that can automatically configure equipment settings based on user input and visual recognition software.

Augmented reality (AR) uses a camera and other sensors to project digital information into real world environments. It could be used to make a person’s physical environment interactive, provide added context about what people see, or augment sensory abilities. The applications for AR are endless—which is why it’s easy to envision that we will see widespread adoption of AR within our lifetime. What industries will benefit from augmented reality most in 2022?

Advertising and Promotion in a new way

Imagine being able to walk into any store and, with your phone, get information about products based on their physical surroundings. That is what augmented reality will enable marketers to do in just a few years from now. The technology isn’t as fantastical as it sounds. In fact, it’s already becoming a reality for companies that are hiring augmented reality developers to build apps that can display product information and other content over live video streams captured by users’ smartphones.

Read more about this blog here and get to know more about Augmented Reality here: