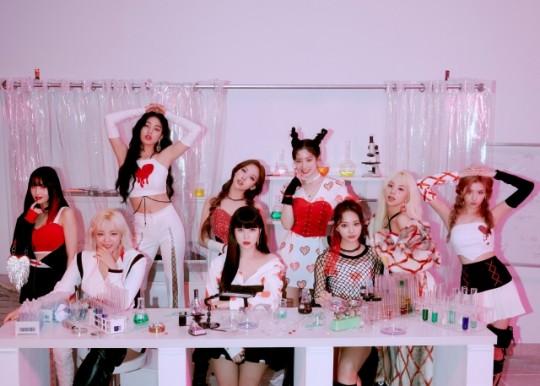 The Omicron outbreak worldwide may have disappointed us at the start of 2022, but there is good news for KPOP fans! Several KPOP artists or groups have announced world tours one after another.

In fact, Psy, SUNMI, and Stray Kids have performed in Dubai and Riyadh, while MONSTA X and BTS held a mini-tour in the US in December last year. This time, Kpop groups ATEEZ, TWICE, and NCT 127 have started their 2022 world tours.

Earlier, VERIVERY and P1Harmony have already wrapped up their world tours. Then, BTS and The Boyz hinted at a world tour happening this 2022. Whle waiting for KPOP recent news about detailed world tour schedules, ONEUS, Epik High, Eric Nam, and GHOST9, have announced their plans, asking KPOP fans for love and interest.

So far, here are the most anticipated KPOP world tours this 2022:

It was announced that TWICE would soon embark on their fourth world tour, which is called ‘III.’ A teaser poster for their upcoming tour was released earlier in the last quarter of 2021, at the end of the music video of their first English single ‘The Feels.’

In December 2021, TWICE held a three-day concert in Seoul, from December 24 to 26, where member Jeongyeon was not present. However, she may be joining with the members on the rest of the world tour, starting in the United States. TWICE will hold seven concerts beginning from February 15 in Los Angeles to February 27 in New York, USA. Also, they announced two concert dates in Tokyo, Japan, happening in April, and more tour dates will be announced soon.

MONSTA X's international fans are the most well-fed Kpop fans at the moment. In December, the group was invited for the third time to perform at the iHeartRadio Jingle Ball Tour. But, there’s more, MONSTA X announced their fourth world tour would finally happen in 2022!

As initially planned, the group's second American tour schedule will start in New York and will have 13 stops that end in Los Angeles. However, they postponed it to May 21 and will end on June 11, 2022.

After their first solo concert in 2019, ONEUS announced that they would embark on a world tour in 2022. The band has revealed the dates for their upcoming world tour, which will take place in North America. They will start their tour in New York on February 12 and will have 14 stops across the US. Their last tour schedule will be on Beverly Hills on March 12.

#4. ATEEZ - ‘The Fellowship: Beginning Of The End’

After their first world tour in 2019, ATEEZ announced another schedule in 2020. However, due to the COVID-19 pandemic, they postponed it to 2022, and it’s finally happening so soon! Due to the love and support of ‘ATINY,’ 10 of the 12 venues were sold out quickly, and whole tour venues were sold out after a week since thye reservation started.

ATEEZ is now performing on bigger concert venues to accommodate their growing fandom. In fact, they planned to hold concerts in Wembley Arena, Prudential Center, and Mercedez-Benz Arena.

The group started their tour in Seoul on January 7. Also, they began their US tour in Chicago on January 15. As per the released schedule, ATEEZ will hold five concerts in the US and six stops in Europe, particularly in Amsterdam. However, they temporarily postponed the Europe dates due to the Omicron outbreak and will release new tour dates later on.

After their concert in Seoul, which became breaking KPOP news due to the group’s seductive performances, NCT 127 is planning on going on a world tour in 2022. The group's second world tour started in Seoul on December 17. Their concert was also held via live stream online.

The tour was originally planned to happen in June 2020, but it was postponed due to the travel restrictions imposed due to the pandemic. Following their performance in Seoul, the group will start their second world tour, ‘NCT 127 2nd Tour - Neo City; Japan The Link’, with three concert venues in Japan from May 2022.

The group will then have 29 stops in the US. The last stop of the tour will be held in Oakland, California, on April 12, just three days before the scheduled Coachella Festival at Indio, California.

He started his world tour in Arizona on January 24 then heads to 60 cities across the US and Europe. After the US tour schedules, he will head to Sweden on March 22 to start the European leg of the tour. While it was previously planned that the tour would end in London, Eric's management noted that more cities are being added to the list due to fans' high demand. Additionally, he added New Zealand and Australia concert venues for July 2022.

Debuted in 2020, Ghost9 was among the many rookie idols who were prevented from performing for their fans due to the pandemic. But as the situation gets more relaxed, fans hoping to meet the Ghost9 in person will be finally happening! The group is on its first overseas tour ever. They started their tour in Los Angeles on January 15. Then, they will perform in San Francisco, New York, and ends the tour in Boston on January 27.

As KPOP artists drop world tours schedules one after another, it seems like 2022 will be a great and memorable year for KPOP fans. After world tour cancelations or postponements due to the COVID-19 pandemic in the past two years, this time, KPOP fans will now have the chance to see their KPOP idols in person!

For more KPOP music charts and news, like album releases, world tour dates, and everything related to KPOP, you may check out Kpopida and enjoy various KPOP news articles!