How Does a Solar Inverter Work?

Whether it is the financial incentives or the trouble for the environment, nobody can deny the advantages of using the sun’s natural power. It is a free source of energy available throughout the year. It is astonishing to think why it took so long.

The realization that using the big yellow ball in the sky can benefit the planet led to outstanding technology like solar panels. But, unfortunately, it’s typically shiny, black solar panels that get major popularity which is just a pricey decoration without a solar inverter. 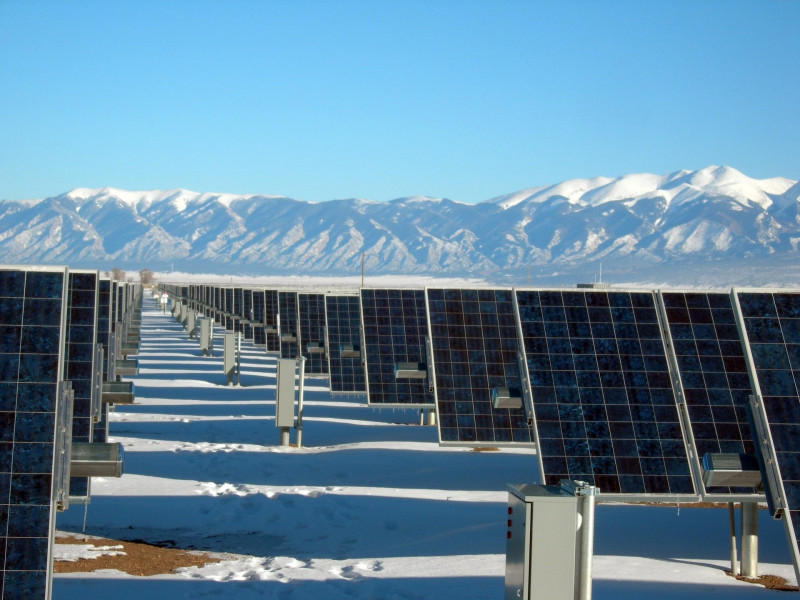 The global prominence of transitioning to renewable energy had a slow start, but it has shown a great 15 percent average annual growth in the last five years.

The growth in the interest and adoption of solar energy has led to the downhill trend in installation costs. This has made having a personal solar energy system much more pocket-friendly for the average homeowner.

If you have been purchasing solar panels, it is very obvious that you have come across solar inverters. In simple words, it converts the energy output into usable electricity.

The photovoltaic cells in the solar panels have positive and negative semiconductor layers. The energy absorbed from the sun routes towards the layers and produces a direct current.

DC is directed towards a battery or inverter based on your grid-tied, hybrid, or off-grid system. From there, the inverter channels the current through a transformer that produces a usable alternating current.

Off-grid systems are much more complicated as they require additional equipment like battery monitors, an inverter charger controller, and circuit breakers.

Off-grid inverters are mobile, unlike hybrid and grid-tied inverters. These models take DC stored in your batteries, convert it into AC and route it to your appliances rather than the grid.

As the batteries are involved, inverter charger controllers play an important role in preventing battery damage. They regulate the voltage and current levels from the panels to the battery to not overcharge and create gas bubbles.

A hybrid inverter is suitable for those who want grid-tied and off-grid systems. They are the most flexible option, but only if you have any hybrid system.

It can direct AC to your home, the grid, and back and forth from a battery in the event of a blackout. It’s an outstanding option for those who want to be more self-sufficient without entirely disconnecting from the grid.

Selection between micro-inverter vs. string inverter means selecting between something fitted with the latest technology and something old and trustworthy.

A micro inverter is fascinating because it is highly efficient. It is the most expensive inverter available, but the advantages outweigh the costs if you reside in a shadier area.

As there’s only one micro-inverter per panel, shading doesn’t reduce the entire system’s output. Rather, it decreases the production of one panel while the others keep full functionality.

String inverters are the most usual inverters you’ll find on the market. As the technology is almost decades old, there’s been enough time to work out most issues, making them the most trustworthy.

Contrary to micro-inverters, string models are centrally located. This makes them simpler to repair, monitor, and replace. However, those living in shadier areas will find reduced output compared to micro inverters.

Choosing between the two comes down to how much sunlight your panels can obtain and the amount of output you need. Of course, if you’d prefer to save a few bucks and aren’t concerned with your panel’s output, a trustworthy string inverter will work just as well for you.

However, if you plan on expanding your panels in the future or want to maximize the use of your system, microinverters are well worth the investment.

Central inverters are great fixtures reserved for systems like solar farms that need hundreds of kilowatts. Unfortunately, you never see these in residential homes as they have large sizes and unnecessary amounts of output.

Installing a solar energy system for your home or business is an investment with short and long-term rewards. Choosing everything from the right panels to the right solar inverter can become daunting.

There are many solar companies and sunshine coast solar company; there are plenty of options on the net. If you are looking for some more information, contact AHLEC right away!

Sponsored
Categories
Read More
Other
How might you guarantee your domain information privacy?
Underwriting the significance of a decent domain name is something nearly everybody knows in the...
By Tech Sole3 2022-01-24 10:45:12 0 50
Other
Essayer une Voiture sans Permis
Si vous avez décidé d'acheter une voiture sans permis Aixam city, ne cherchez pas...
By Certis Cars 2020-12-16 05:07:54 0 130
Other
Magento 2 Product Tab
Display addition information about the item you are selling using Magento 2 Product Tabs on the...
By Meetanshi INC 2022-04-15 03:30:28 0 27
Other
Organic Spices In Wholesale Can Be Used For Medicinal Purpose
There are some spices and herbs that have colourful positive goods on the pancreas which can help...
By Envi Tect 2021-11-24 16:46:14 0 33
Other
Mike Savage New Canaan | Vintage cars As Well As Where to Beginning
The crucial to investing in vintage cars is to understand about what you’re investing in,...
By Mike Savage 2021-09-01 13:54:35 0 88
Sponsored
Al-Quds University