3D printers and how to choose one for a beginner cosplayer 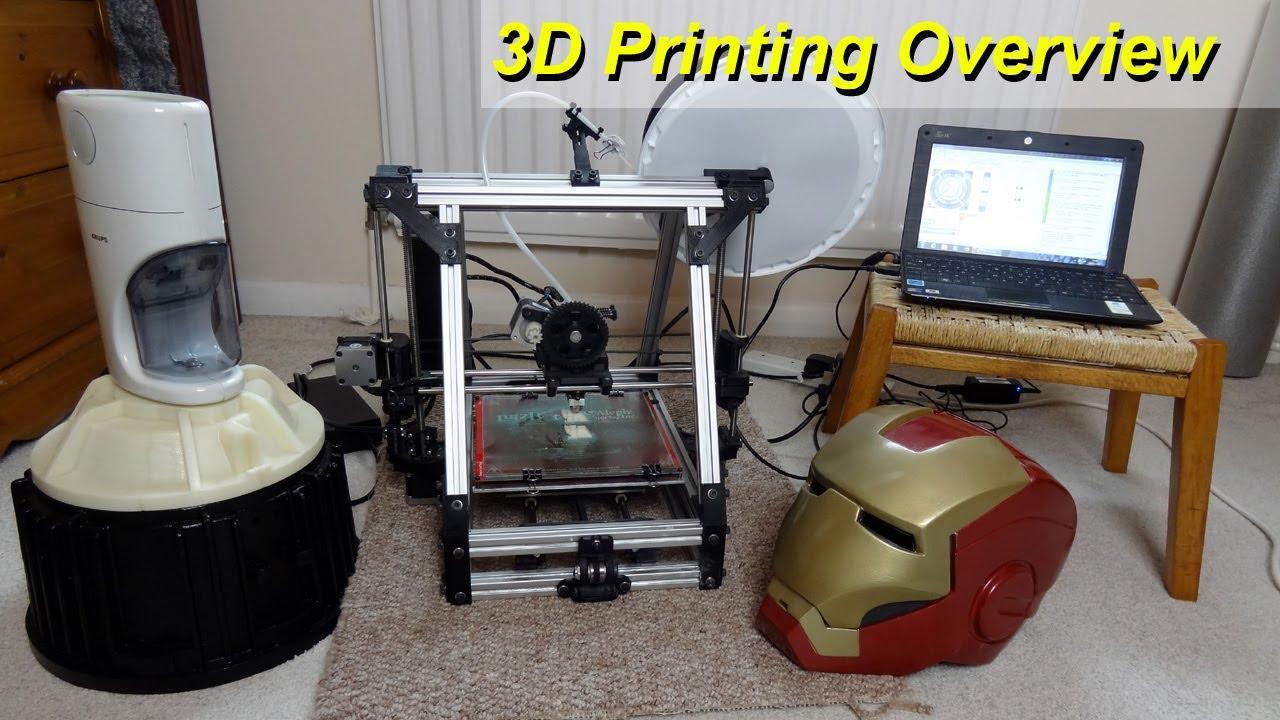 Modern 3D printers are very popular devices which have rising popularity while lowering price, yet becoming much more reliable and useful due to usage of actual technological advancements. However, with a 3D printer, you can create almost anything that can be made from plastic, hard resin, synthetic materials, or even wood. Thus 3D printers are used in various spheres of production from the creation of the various small things to heavy engineering and aircraft construction.

No doubt a 3D printer will come in handy at home in many situations - from creating replacements for broken furniture or its parts to creating various things like statues, figures or toys to shoes and clothing made of durable yet flexible synthetic fibers. And a properly chosen and adjusted device is capable of printing something as complex and durable as if it was factory-made. 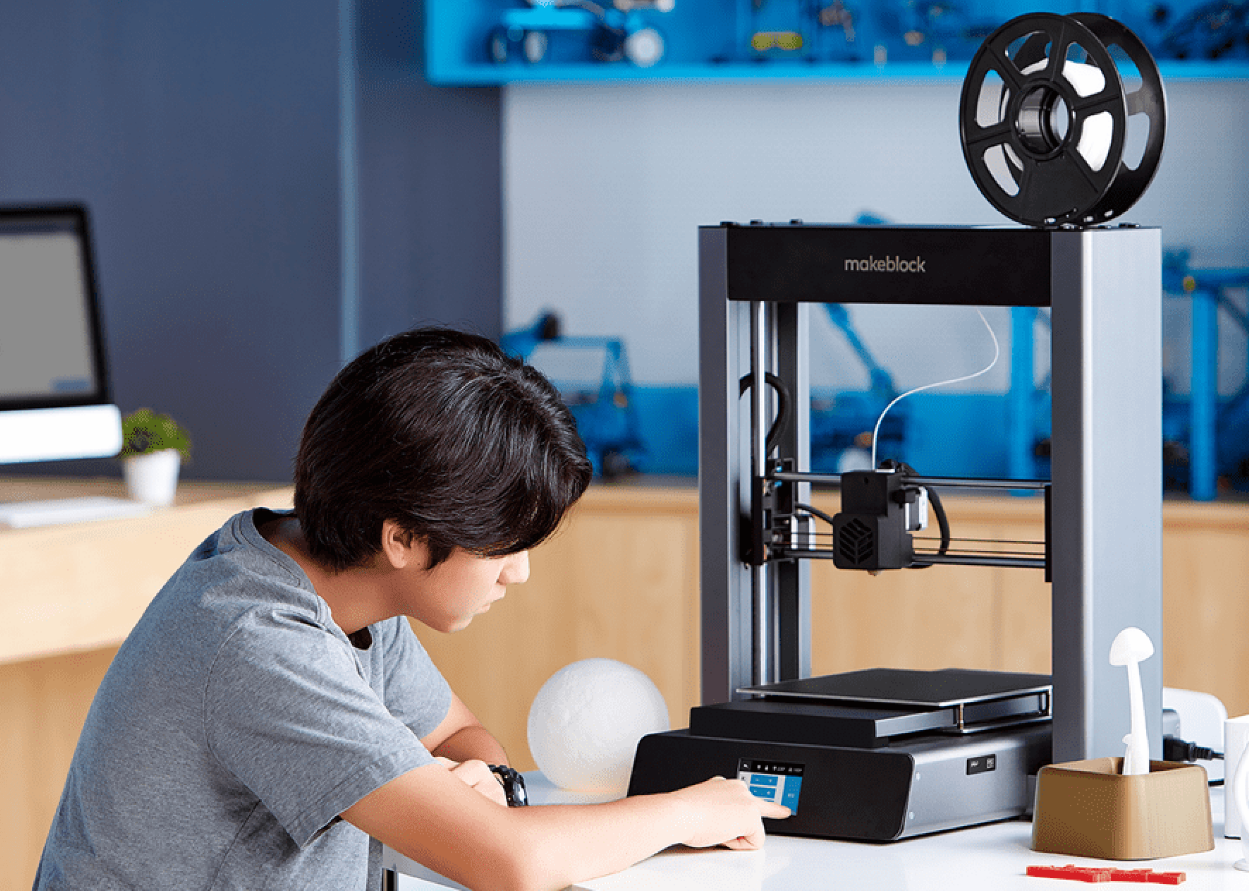 To find yourself a 3D printer which’ll suit your requirements best, you can easily search through the internet. You can find some top-notch printers for creative needs and other models, for example, in Ray Crossman’s article at iTechCluster, which’s very informative in terms of choosing the best one 3D printer among others.

Remembering about aforementioned things, it’s obviously understandable that 3D printers have become popular in cosplay creation as the perfect device for making various things from small furniture and decorative parts to whole suits. 3D printers have added a lot of complexity and to the process, thus increasing a variety of things you’ll be able to create. And it’s also important to understand that cosplay suits and various stuff are made of plastics and polymer foams, so 3D printers became practically irreplaceable devices for cosplayers.

One of the first cosplay suits fully created on a 3D printer was made by Julian Checkley. It was a Batman character from the Arkham Origins game created by WB Games Montreal. His suit was not only made on a 3D printer, but also was fully functional, packed with mechanical parts, Bat-gadgets and LED lights. After that the use of those devices became almost a trend among cosplayers, so a lot of beautiful creations have seen the world. 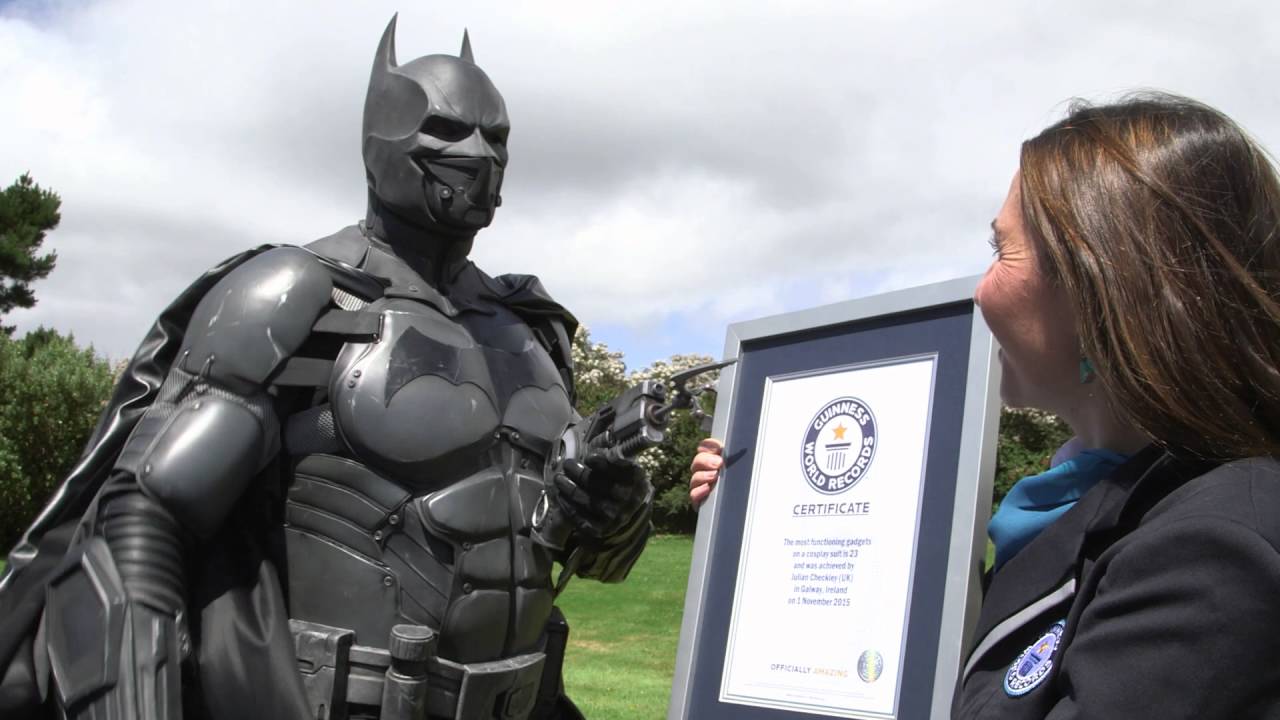 That’s because using a 3D printer will give you a lot more customization capabilities and possibilities. And it’s cheaper than buying materials for crafting. And it’s also faster to print things than making stuff on your own, thus saving a lot of time. And it’ll be of higher quality and durability. This made possible a variety of award-winning cosplay suits like T-60 power armor from Fallout, for example. More than 50 kilos of PLA was spent to make 422 pieces of this suit.

How to choose a 3D printer for beginner cosplayer

If you are planning on making cosplay equipment, yet you don't know where to start, do everything by the book. First of all, choose yourself a proper device, well-made and suiting all of your needs. Meaning that you want a 3D printer for cosplay creation, then you should follow some requirements while choosing one.

First of all, choose a device with a large printing volume and a rigid frame. That’s because it’s better to have some free space than a lack of it, and it doesn't matter what you’re planning to print -  small and detailed rig or furniture for a suit or its large and solid parts. Furthermore, sooner or later you’ll be in need of printing something large, so it’ll save a lot of nerves and money, because you won’t need to buy a new 3D printer. 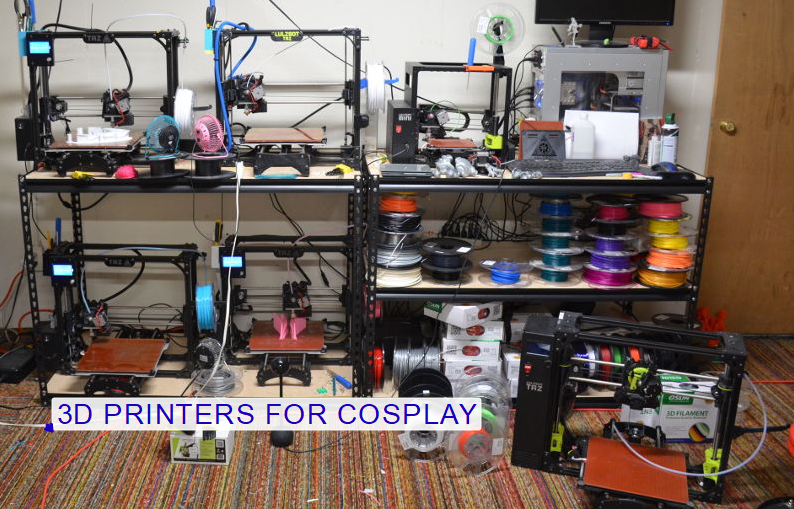 Second thing to opt in for while choosing yourself a 3D printer - precision of its head and way how it moves. This affects its output quality, so the higher it is, the higher result quality you’ll get when your thing will be finished. Thus you will need less surface sanding and defects fixing. And you’ll be able to print small and detailed things without losing its quality. Of course, it’s not too easy to understand this spec from a first glance, so you need to look through the reviews of chosen 3D printers.

So, if you decide to buy a 3D printer to create a cosplay, its reliability, performance and print quality should come first so that you don't have any problems with the end result. It doesn't have to be too expensive, but even the cheapest models will still last for a long time if properly maintained. This will also give you the ability to not only print your character's appearance, but also print some other things with outstanding quality.